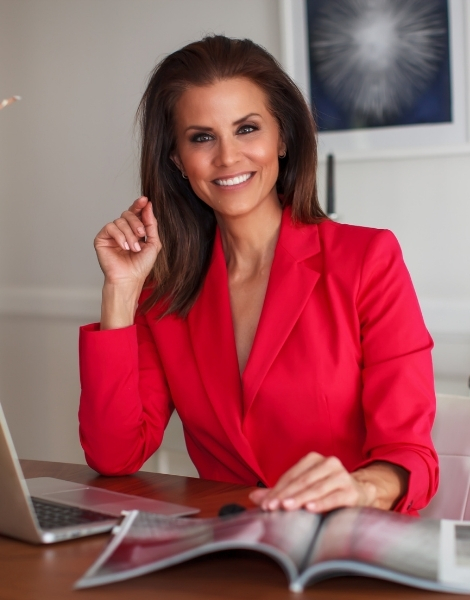 As an Emmy and Genesis Award winning journalist, Lu has worked in the television news business as an anchor and reporter for more than two decades. She is also an inspirational speaker, author, former Miss USA, animal advocate, and founder of Be Kind & Co., a lifestyle media brand.

As a speaker and event host, Lu Parker inspires audiences to redefine kindness and then use it as a tool to eliminate insecurities, get unstuck, and create a life you can be proud of.

Lu has won six Emmys for her work in the television industry. She has also been honored with two Genesis Awards from the Humane Society of the United States for her reporting of animal protection issues including investigations into Puppy Mills, Elephant Abuse, and Beagle Lab Testing.

Prior to her career in broadcasting, Lu was a ninth-grade English Literature teacher. While teaching, in 1994, she captured both the Miss South Carolina USA, and Miss USA titles. In addition, as Miss USA, she placed 4th in the Miss Universe Pageant.  You can read more about her pageant experiences and find valuable competition tips in her book titled “Catching the Crown” The Source for Pageant Competition which is available at Amazon.com.

Lu is an avid traveler and has visited nearly 20 countries where she has had the opportunity to meet with dignitaries such as Prince William and Kate Middleton and Presidents Barack Obama and Bill Clinton. While on a trip to South Africa, Lu also had the opportunity to discuss human and animal rights during visits with Nelson Mandela and Animal Advocate Jane Goodall.

Lu has an English degree from the College of Charleston where she was named Alumnus of the Year. She also holds a Master of Arts degree in Education from The Citadel. Lu has been presented with the Palmetto Award, the highest civilian honor given in the state of South Carolina.

In her free time, Lu is an advocate for homeless animals. In 2010, she created Lu Parker Project, a non-profit organization dedicated to helping homeless animals and at-risk teenagers through community projects and education. She has also been a vegetarian for over 30 years and became vegan in 2014.  Lu lives in Los Angeles with her 105 pound rescue pup Moose.

Visit Lu’s speaking page for more information about her speaking topics and services.

The many celebrities Lu has interviewed: